My Little Pony and The Legacy Brand Effect 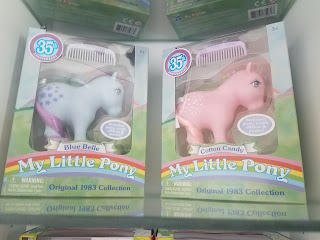 This year, My Little Pony celebrates its 35th anniversary. Hasbro licensee, Basic Fun, has decided to capitalize on the inherent nostalgia of women who are now in their thirties and forties by releasing a special anniversary collection of the original six ponies that galloped into our hearts so many years ago. The collection is impeccable with beautiful window boxes that showcase each pony packaged with a replica comb and a satin ribbon. 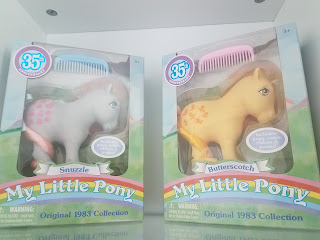 In the past month, long time collectors have been scooping up any stock they can find in a palpable frenzy. 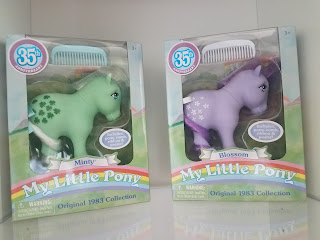 Basic Fun (formerly known as Bridge Direct) is not new to the nostalgia based toy game, having released multiple vintage Strawberry Shortcake dolls over the past few years. If these dolls are any indication of what Basic Fun can produce when tasked with recreating vintage My Little Ponies, then collectors are in for a treat. Several other vintage reproduction My Little Ponies were on full display last week at New York Toy Fair  and are slated for release in the coming year. These include Rainbow Ponies, a Unicorn and Pegasus set, as well as The My Little Pony Pretty Parlor.

I often refer to My Little Pony as a legacy brand when talking with others within the toy industry due to its long standing product presence and multigenerational appeal. Other toy brands that would fall under this category include Barbie, GI Joe, Star Wars, Care Bears, Teenage Mutant Ninja Turtles, Strawberry Shortcake, and Mr. Potato Head.

It is not uncommon to have mothers and grandmothers purchasing My Little Pony toys for their children or grandchildren and in turn, creating new generations of Pony enthusiasts. There is something safe and familiar with a brand that has nostalgic appeal for consumers. They can not only recall the name of the product and place it within a specific period of time in relation to their own lives, but often have the ability to invoke  personal memories before the pressures and expectations of adulthood consumed them.

While the aesthetic of the current G4 incarnation of My Little Pony is quite different than the soft pastel chubby Ponies of the 1980s, the imaginative component of play is much the same with castles, and magic, and quests.

I hope that the legacy continues to live on for generations to come so they too can find their own piece of the magic.

My Little Piece of the Rainbow 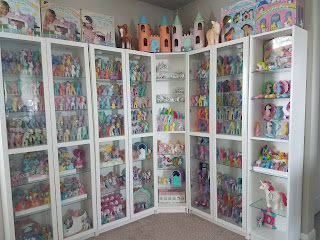 Over the past month, we've opened our home to several friends (who also happen to be fellow collectors) from various parts of the world and across the country. Knowing that all these guests would need a place to stay, I was motivated to finally unpack the spare bedroom where much of my collection has been waiting in boxes since we moved in late 2016. 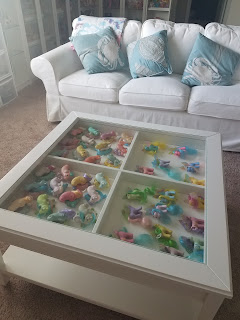 I decided to focus solely on my G1 collection for display to avoid the Ponyroom chaos that plagued me at our last home. Having items stacked to the ceiling and filling every available space was not something that appeals to me. I envisioned an area that I could relax in and enjoy while still being a little piece of the My Little Pony rainbow. 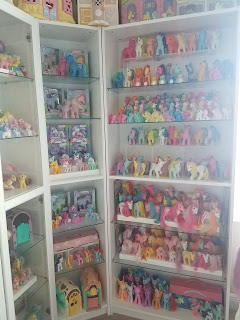 All other generations, aside from G1, got banished to storage.

I'm happy with how it turned out and how it adheres to my less is more approach to living... even if that means I still have an entire loft of My Little Pony toys.

I enjoy looking at the collections of others and I hope that you enjoy a glimpse into mine.

-Summer Hayes
Posted by Summer at 1:58 PM No comments:

GUEST ANNOUNCEMENT: The legendary Bonnie Zacherle is set to join us for Pony Fair 2018! For those of us that have had the pleasure of spending time with the creator of My Little Pony at past Fairs, we can say from experience, that meeting her is not to be missed. We ❤ Bonnie! 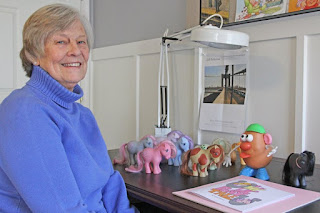 Posted by Summer at 5:59 PM No comments: