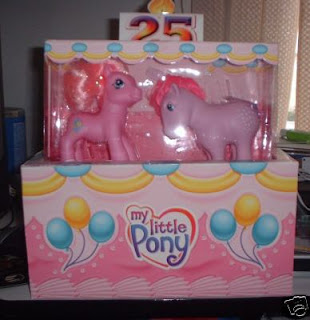 Apparently this set was only available to Press at the 2008 Toy Fair that took place last weekend. There was also a little silver 25th anniversary pin available as well. It looks as if the ponies themselves are reissues. I'm anxious to see them in person...
Posted by Summer at 4:59 PM 2 comments: 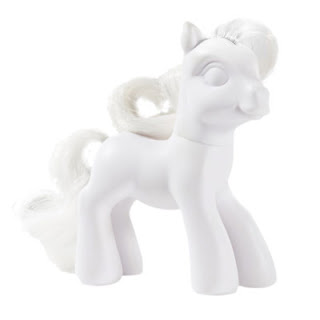 If you've ever wanted to design your own pony, but have never attempted a "custom" pony, Hasbro is making it easier that ever before! Hasbro added photos of a plain white pony that will retail for a limited time on the Hasbro Toyshop website for $3.99. They aren't available for purchase yet, but I know that many pony fans (myself included) are excited to get their hands on them.


As originally announced by Michelle Paolino at the Memphis MLPFair, Hasbro will be hosting a contest for collectors to design ponies for the upcoming Pony Project!

Such exciting pony news!
Posted by Summer at 6:09 PM No comments:

I think I may need to get these! 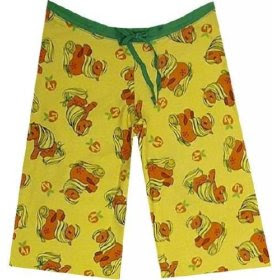 I think I'm going to have to get these! My favorite pony + pajamas = awesome!